In laparoscopic surgery, there are many formats. Robotic surgery is often signalled as the advancement in medical area and it is widely adopted in surgery in present scenario. Robotic surgery is a procedure in which surgeon perform operation using very small tools attached to a robotic arm. The surgeon controls the robotic arm with a computer. Robotic surgery, normally called robot-assisted surgery allows surgeons to perform numerous complex procedures with more accuracy, flexibility and control as compared to traditional surgical techniques. Robotic surgery is generally related with minimally invasive surgery and procedures performed through minute incisions. Robotic surgery with the da Vinci Surgical System was permitted by the Food and Drug Administration in the year 2000. The procedure has been promptly espoused by hospitals in the United States and Europe for the treatment of myriad of medical ailments. Multiple incisions are required for advanced technology such as the da Vinci Surgical System, in which console is located away from the patient, with the surgeon controlling a camera, vacuum pump, saline cleansing solution and cutting tools. Each located within its own incision site, but oriented toward the surgical objective. The surgeon's hands manipulate two haptic grippers which track hand movements and rotations while relaying haptic sensations back to the surgeon.

The da Vinci system basically consists of three components that include a master console; a robotic surgical manipulator; and a computer/visualization tower. The surgeon sits at the master console and controls the robotic surgical manipulator. The console consists of a stereoscopic eyepiece that allows the surgeon to view a three-dimensional image of the surgical field, two actuators that allow control of the robot's arms, and a number of foot pedals that allow the surgeon to select between control of the camera and instruments, and vary diathermy power. The computer/visualization tower contains the computer that integrates the image from the camera and a monitor that allows the other theatre staff to observe the surgeon's view.

The robotic surgical manipulator is a large cart that has three arms. One holds a camera and the other two hold interchangeable surgical instruments that are inserted into the patient through endoscopic ports. The arms are capable of accurately applying forces from a tiny amount for precision work up to several pounds for moving bulky tissues out of the way. Although the surgeon is physically remote, a scrubbed assistant is still required to insert the instruments through the endoscopic ports and to change the numerous instruments. 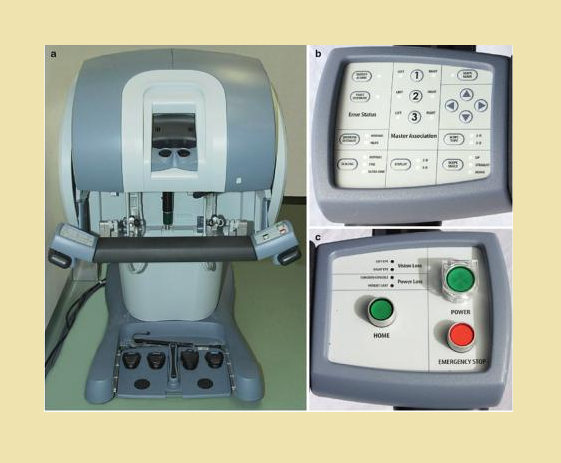 A surgical robot is a computer-controlled device that can be automated to support the placing and management of surgical instruments. Surgical robotics is normally used in laparoscopy instead of traditional operations. In the decade of 1980s, surgical robots were developed to highlight the limits of laparoscopy such as two-dimensional imagining, incomplete articulation of instruments, and ergonomic limitations. Main aim of robot-assisted laparoscopic surgery is to aid surgeons improve patient care by converting procedures that would have otherwise been performed by laparotomy into negligibly invasive procedures. In this surgery, a robotic arm, attached to the operating table may be used to hold and position the laparoscope. This reduces unintentional camera movement that is common when a surgical associate holds the laparoscope. The surgeon controls the robotic arm movement by foot pedal with voice-activated command, or with a handheld control panel.

When robotic technique was developed, these procedures were performed only by surgeons who have proficiency in laparoscopic skills. Nonetheless, since the da Vinci robot, type of robotic surgical platform was permitted by the US Food and Drug Administration (FDA) for use in gynaecologic surgery, there has been rapid acceptance of robot-assisted laparoscopic procedures in gynaecology by surgeons of all skill levels. After that da Vinci systems was extensively used at global scale. At the same time, Robotic Laparoscopic Surgery is quite expensive, and there is a need of high level training for physicians and nurses.

There are numerous benefits to adopt this technique for surgery. Robot-assisted laparoscopic surgery is beneficial of minimally invasive surgery such as there is less postoperative pain, smaller and possibly more cosmetically appealing incisions, shorter hospital stay, less recovery time, and sooner return to normal life. Surgeons who adopt Robotic Laparoscopic Surgery feel that this technique enhances precision, flexibility in many procedures and control during the operation and allows surgeons to view operation site clearly as compared with traditional procedures. With robotic surgery, surgeons can perform delicate and complicated procedures that may have been difficult or unmanageable with other techniques.

The most common method utilizing the da Vinci system is robot-assisted prostatectomy. There are many advantages such as an improvement in continence and erectile function, along with a reduction in intraoperative blood loss, analgesic requirements, and length of stay. Proponents of the technique advocate discharge from hospital within 24 h of surgery

It is used for general surgery and produce good results. In Cardiothoracic surgery, Robot-assisted MIDCAB and Endoscopic coronary artery bypass (TECAB) operations are being performed with the Da Vinci system. The mitral valve repairs and replacements have been performed.

In Gastrointestinal surgery, multiple procedures have been done with either the 'Zeus' or da Vinci robot systems, including bariatric surgery and gastrectomy for cancer. For gynaecology problems, there is use of the da Vinci surgical system in benign gynaecology and gynaecologic oncology.

Surgical robotics has been used in many types of paediatric surgical procedures such as tracheoesophageal fistula repair, cholecystectomy, nissen fundoplication, morgagni's hernia repair, kasai portoenterostomy, congenital diaphragmatic hernia repair, and others. Robotic surgery in the urology problems has been extensively used. It has been most applied for excision of prostate cancer because of difficult anatomical access. It is also utilized for kidney cancer surgeries and to lesser extent surgeries of the bladder.

In today’s complicated world, where people suffer from various ailments, robotic systems proves to be fruitful as it is advanced technique to assist with laparoscopy. Robotic surgery has already established itself to be of great value, particularly in areas inaccessible to conventional laparoscopic procedures. 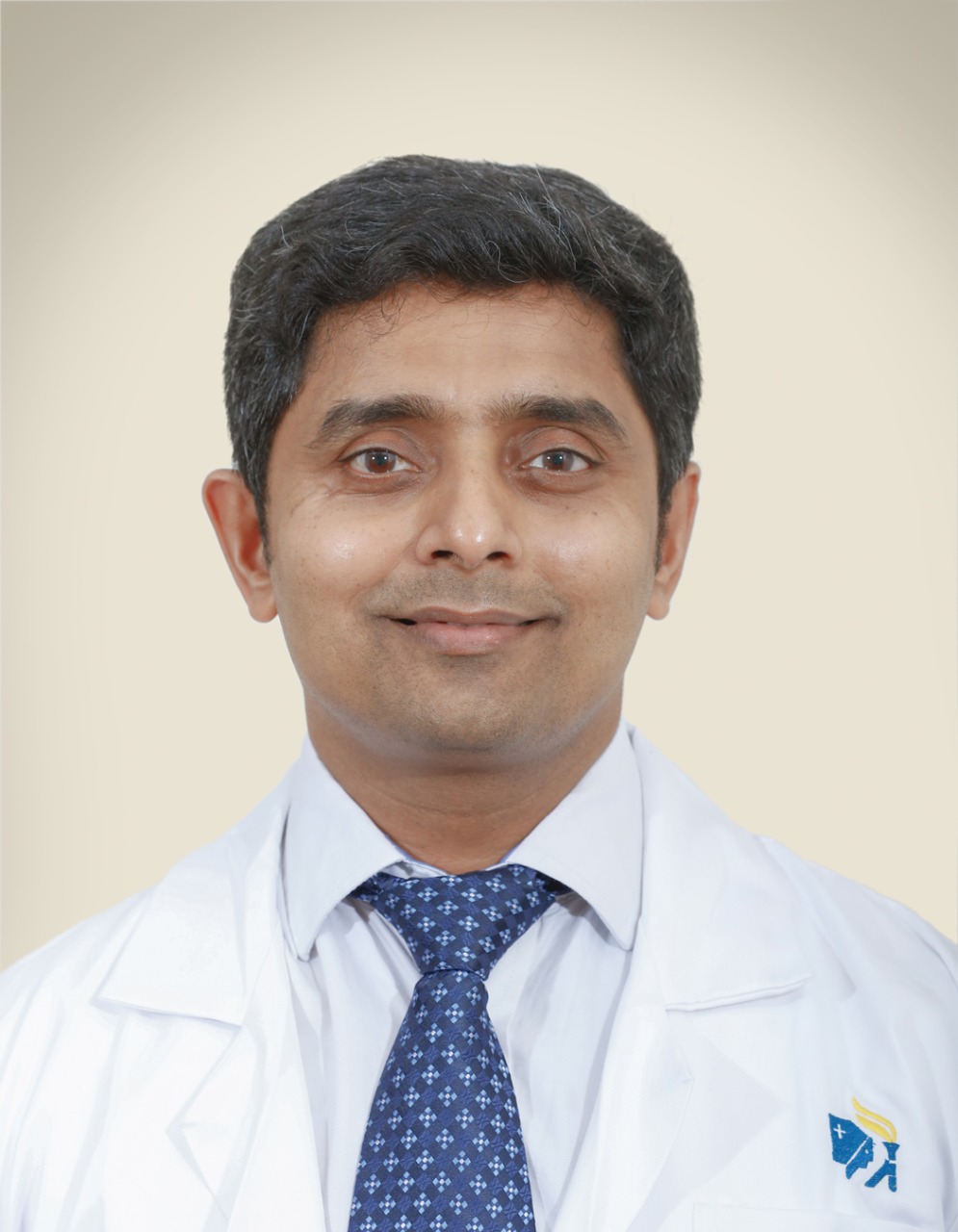